Calling all teachers! Don’t miss Writing Home, a unique scheme of work for KS2 teachers based on our extensive letter collection.

It was raining one Wednesday evening when the first bomb dropped. Olive barely looked up from her sewing, she was so used to the sound of the screams screeching from the sky followed by the far-off thud of the explosion. But then another bomb fell and another, each one getting nearer and nearer. After five bombs dropped in quick succession, Olive rushed upstairs to where her baby daughter, Penny, was asleep in her cot. ‘She didn’t bat an eyelid,’ Olive wrote to her sisters Le and Margot later that night. ‘Isn’t it marvellous how much noise babies will sleep through? We’ve decided that he won’t drop any more here tonight, so we haven’t left our warm fires.’

Olive Archard was a Biggin Hill mum who refused to be cowed by the dangers and privations of the Second World War. Whilst her sisters had been evacuated to Cornwall for the duration, Olive refused to leave her home and, with her husband, James away in the army, stayed with her young daughter, Penny, in the family home. She volunteered with the WRVS and became a fire watcher, spending endless nights responding to whistles and putting out fires caused by incendiary bombs, sometimes even collecting unexploded ones herself. ‘I had one in my cucumber plant!’ she wrote to her sisters, describing a ‘Molotov Breadbasket’ that dropped on Biggin Hill during one particular raid. ‘Burnt the netting too, the wretch. It was awfully easy to put out. I just shovelled some earth on it and patted it down and then dug it up the next morning to adorn my sideboard!’

Olive’s letters are full of warmth, wit and humour, despite the chaos and destruction that was going on all around her. They offer exceptional insight into the human experience of conflict and give insightful first-hand accounts of what it was like for ordinary civilians living under the shadow of war. Now some of Olive’s letters also form part of Writing Home, a ten-lesson sc­heme of work aimed at Key Stage 2 children created by teachers and experts at the Biggin Hill Memorial Museum to showcase the museum’s extensive letter collection as well as the key characters behind the words.

Writing Home combines history and English, giving teachers and children access to unique key primary sources which are used as inspiration for writing. As with Olive, the scheme uses letters exchanged between family members and friends to introduce pupils to other residents of Biggin Hill, such as the Simpson family who moved to Biggin Hill from London on the outbreak of hostilities and whose lives would be changed forever by the conflict. Eldest son Harry was inspired to join the RAF aged 18 after being inspired by the ‘dog fights’ he saw overhead whilst living in Biggin Hill. He had just turned 21 when his Lancaster aircraft failed to return after a mission over France the day after D-Day in 1944. His sister Lilian, meanwhile, had struck up a friendship with Canadian pilot Keith Ogilvie after she joined the WAAF in 1942. When Keith’s plane was shot down, Lilian traced his whereabouts to Stalag Luft III, a prisoner of war camp in Germany which would later become infamous for the ‘great escape’ of 76 Allied airmen in March 1944. Through letters and postcards, they comforted each other throughout the remaining years of the war.

Writing Home gives children the opportunity to read and respond to the letters, encouraging them to think about the social and historical context, the language and tone of voice used. Activities include completing an WAAF application form, creating a poem and a diary entry, writing a flashback sequence and writing their own letter in role. The end of the two-week sequence of lessons sees children writing a newspaper article about a real-life bombing raid on RAF Biggin Hill on 30th August 1940.

Our Writing Home includes lesson plans, resources and PowerPoint presentations; everything a teacher needs to deliver the lessons with no extra preparation. And best of all it is a free resource. Teachers can download it now using the links on our website at no extra cost to them or their school. All we ask in return is for feedback about our scheme. How did it inspire your children’s learning? What did they enjoy best and how did it link with your curriculum? You can email words and pictures to [email protected]

We hope our scheme of work brings history to life for pupils and demonstrates the resilience of the human spirit during the dark days of war. 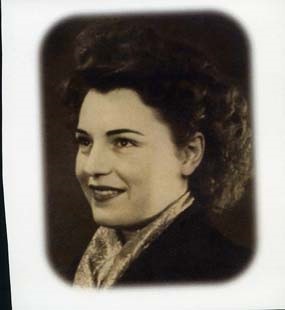