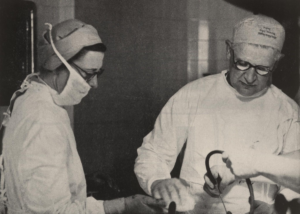 Today we recognise Mental Health Day. It is a good time to pay tribute to the mental effort of fighter pilots during the Second World War. The everyday lives of most aircrew, unlike other servicemen, were a unique mixture of danger and normality. At one moment the men were on a bombing raid, a few hours later they were safely at home in the pub.
Every pilot must have had faith that they would return safely, despite the average life expectancy of a Battle of Britain Spitfire pilot being only four weeks. Many of them had lucky charms at hand. Some sought comfort in their faith. Many fighter pilots recalled their sense of loneliness as they faced their opponent alone in a single seater aircraft.
Fatigue and fear were the most common causes of combat stress for bomber crews. Approximately 5,000-6,500 men suffered serious disorders and an unknown, possibly much larger, number experienced lesser symptoms. Simple treatments such as lots of food, rest and relaxation were successful in many cases and about a third of all casualties eventually returned to operations. However, a few were treated harshly and were labelled LMF – meaning ‘Lack of Moral Fibre’ –  and quickly removed from their stations so as not to affect other aircrew. RAF stations generally had good leisure facilities and there were frequent dances, mess parties and variety shows. Aircrew were given generous amounts of leave, with a seven-day pass every six weeks and shorter periods granted during prolonged bad weather or after difficult operations.

Some aircrew sustained severe burns. They were the most serious injuries suffered and needed complicated and very long treatment and recovery periods. Victims benefitted from the pioneering techniques introduced by Sir Archibald McIndoe, civilian consultant plastic surgeon to the RAF, at his hospital in East Grinstead. His RAF patients were known collectively as ‘the Guinea Pig Club’. One of McIndoe’s patients from RAF Biggin Hill was Flying Officer (later Wing Commander) Douglas ‘Grubby’ Grice. He baled out from the aircraft after the fuel tank in his Hurricane was hit by bullets. Badly burnt, Grice landed in the sea which eventually helped him to recover. As Sir McIndoe said: “You’re a lucky chap, beacuse you are going to look handsome again without any help from me, I wont need a piece of your bottom for skin grafting. Thanks to you and others rescued from the sea we have discovered that a brine bath is the best treatment for a bad burns case”.

Sadly not all fighter pilots were as lucky as Grice. Badly burned, sometimes with disfigured features, they struggled with maintaining relationships with other people. For some fighter pilots their disfigured features were too much for their wives and girlfriends to cope with and their pre-war relationships ended at a most traumatic time. However, a number of them ended up marrying nurses from the hospital as they got used to seeing past their injuries. Sir McIndoe then put out a request that hospital staff and the welfare committee should spread the word that any injured airman in town must not be made to feel uncomfortable and be regarded as “normal young men who happen to be in temporary difficulty.” He also organised regular trips to local pubs for meal and games.
By the end of the war, members of the Guinea Pig Club totalled 649, testament to the incredible efforts of Archibald McIndoe. Many of the Guinea Pigs managed to reintegrate into society and find work through their determination and confidence, which was drawn from the other members.
Please visit our museum to discover the story of the Guinea Pig Club and see authentic artefacts related to fighter pilots’ life and trauma.
Resources:
https://www.iwm.org.uk/history/life-and-death-in-bomber-command
https://www.thepmfajournal.com/features/post/sir-archibald-mcindoe-and-the-guinea-pig-club
Photo Credits:
https://www.smh.com.au/lifestyle/archibald-mcindoes-wwii-guinea-pigs-the-nurses-side-of-the-story-20150408-1mgn8h.html
https://westsussexrecordoffice.wordpress.com/2018/03/16/queen-victoria-hospital-archive-project-the-history-of-the-hospital-mcindoe-the-maestro/