On Sunday we were very pleased to welcome Albert ‘Bert’ Alan Avann and family to the Museum. He told us of his experiences on Lancaster bombers during the Second World War. Born in 1925, Bert was keen to join the RAF as a young boy. He was 18 when he started his initial training in 1943, at the Aircrew Receiving Centre in St John’s Wood, London. He then joined 218 Squadron as a rear gunner on Lancaster bombers, a dangerous role. Bert played an important part in the run up to the D-Day landings . As part of Operation Glimmer, his Squadron carried out raids to convince the German forces that the landings were not taking place at Normandy. In December 1944 he was promoted to the rank of Warrant Officer. 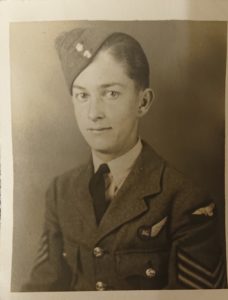 Bert has received a number of awards and honours including the Bomber Command Clasp and 1939-45 star.  In 2017 he was proud to be awarded the rank of ‘Chevalier’ in the Ordre national de la Legion d’honneur by the French President, for his role in helping to liberate France.

After the war Bert became involved with the Royal British Legion, which he continues to support to this day. He has a passion for cricket and worked for Gray-Nicolls in East Sussex, who make cricket bats.  Still going strong at age 96, Albert has two children with his wife Jean, three grandchildren and two great grandchildren. Thank you for sharing your stories with us and we hope you enjoyed your visit! 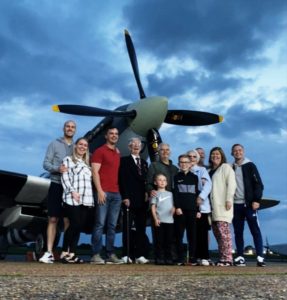 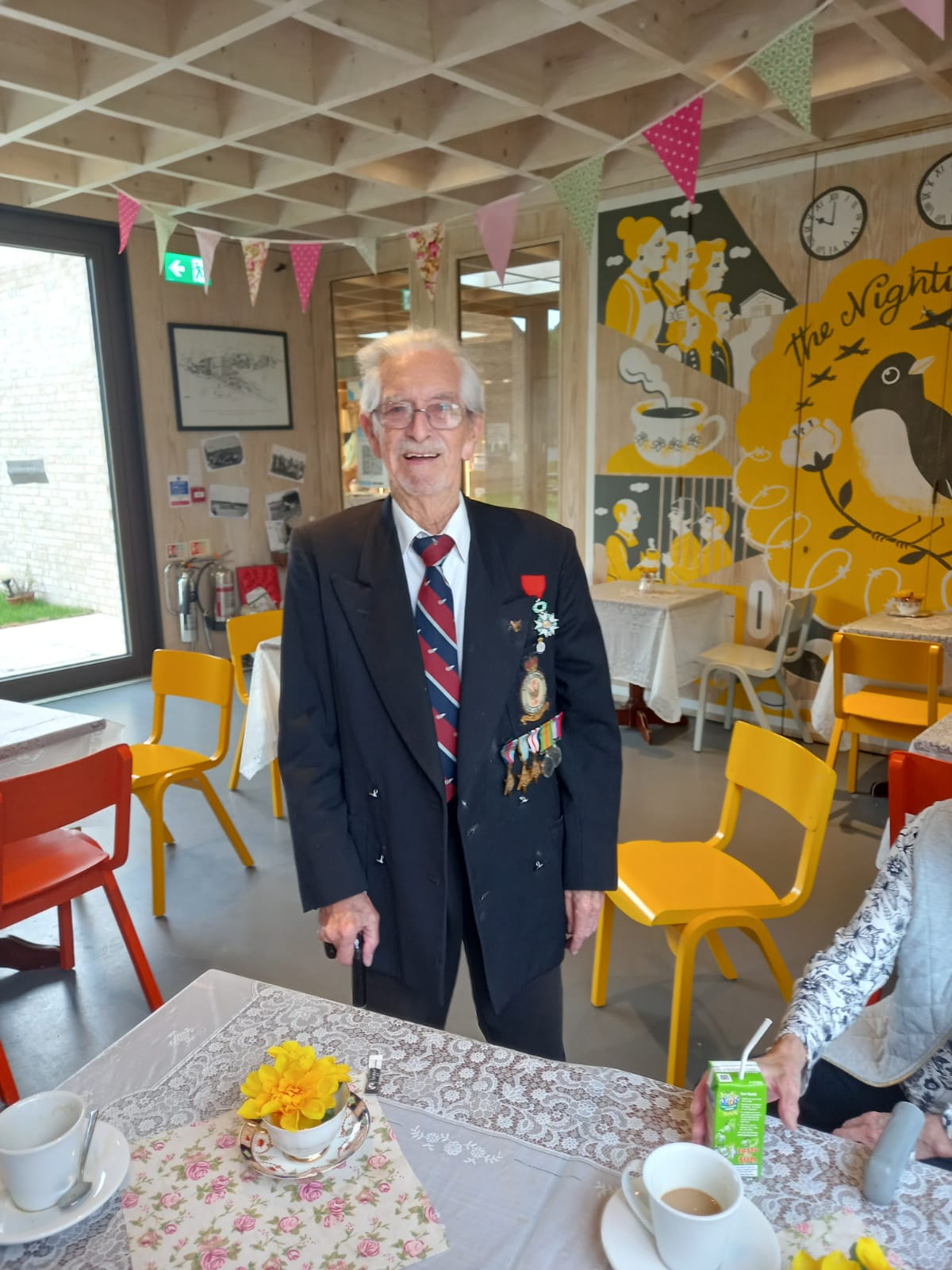