We were very pleased today to meet former WAAF Joyce Jelley. She was based at RAF Biggin Hill in 1943 and worked as a teleprinter operator, taking messages from Uxbridge. She joined up aged 18, being very keen to help with the war effort. There were only a few women working in the teleprinter room but Joyce made good friends, keeping in touch for years afterwards.

She fondly recalled the work that she did; she even typed up messages from the teleprinter for Winston Churchill and took them to him in person. It was a vital role that she played and some messages she saw were top secret. She knew about the plans for the D-Day invasions but was sworn to secrecy. There were also long hours spent in the air raid shelter, waiting for the whistle to give the all clear.

Joyce had an enjoyable social life at Biggin Hill where there were regular dances with live bands. She met her husband, a Royal Marine when they were both on leave. The first time he saw her coming through the door he exclaimed, ‘That’s the girl I’m going to marry!’ They had six children together and she now has 16 grandchildren and many great grandchildren. After the war Joyce worked as a telephonist in London. She told us she is pleased with the eventful life she has led and wouldn’t have had it any other way! 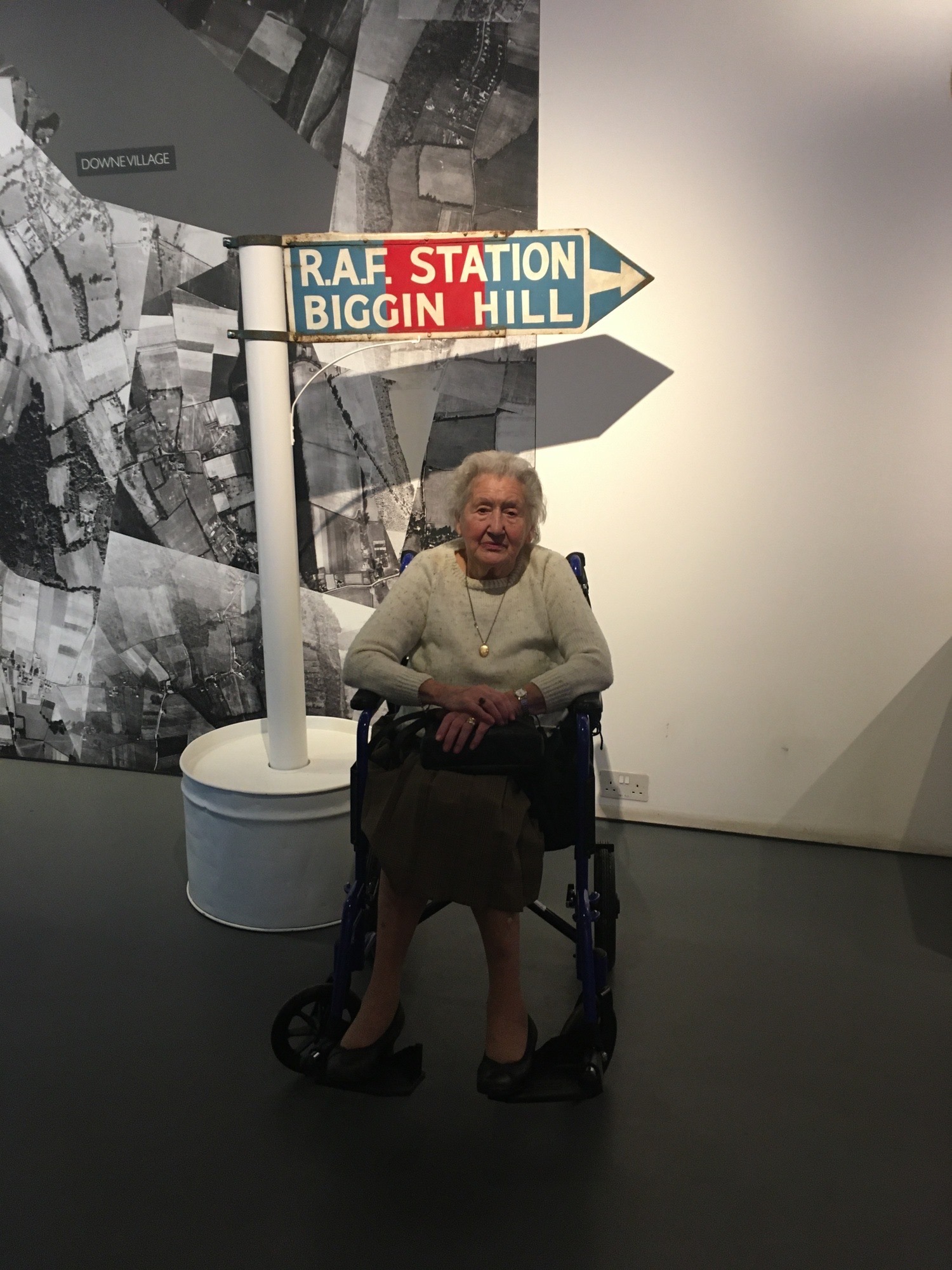