We wish a very happy 101st birthday to Joyce Beasley who visited us today with her son Peter and his wife Marilyn. Joyce was a Wireless Operator and a Signals Clerk for Bomber Command between 1942 and 1946. She was first based at RAF Foulsham, later moving to Swanton Morley and Langley. Joyce worked with Sir Arthur ‘Bomber’ Harris, taking up messages to him from a teleprinter. She recalled him keeping a Spitfire under the wing of a Halifax bomber to keep it dry from the rain. Her work was enjoyable and there was much camaraderie amongst the WAAFs.

She met her husband George a few years before the war and fortunately they were able to stay in touch after they had both been called up. A lifelong Bromley resident, Joyce came to many dances and events at RAF Biggin Hill and she remains a member of the RAF Association. Flying bombs fell on the street she grew up on, which Peter pointed out on our police map. Our children’s gas mask with its cardboard box also brought back memories. We asked Joyce if the war was a frightening experience. She said it was but it was ‘just part of life.’ Many thanks to Joyce and her family for visiting and we hope you enjoy the rest of your day! 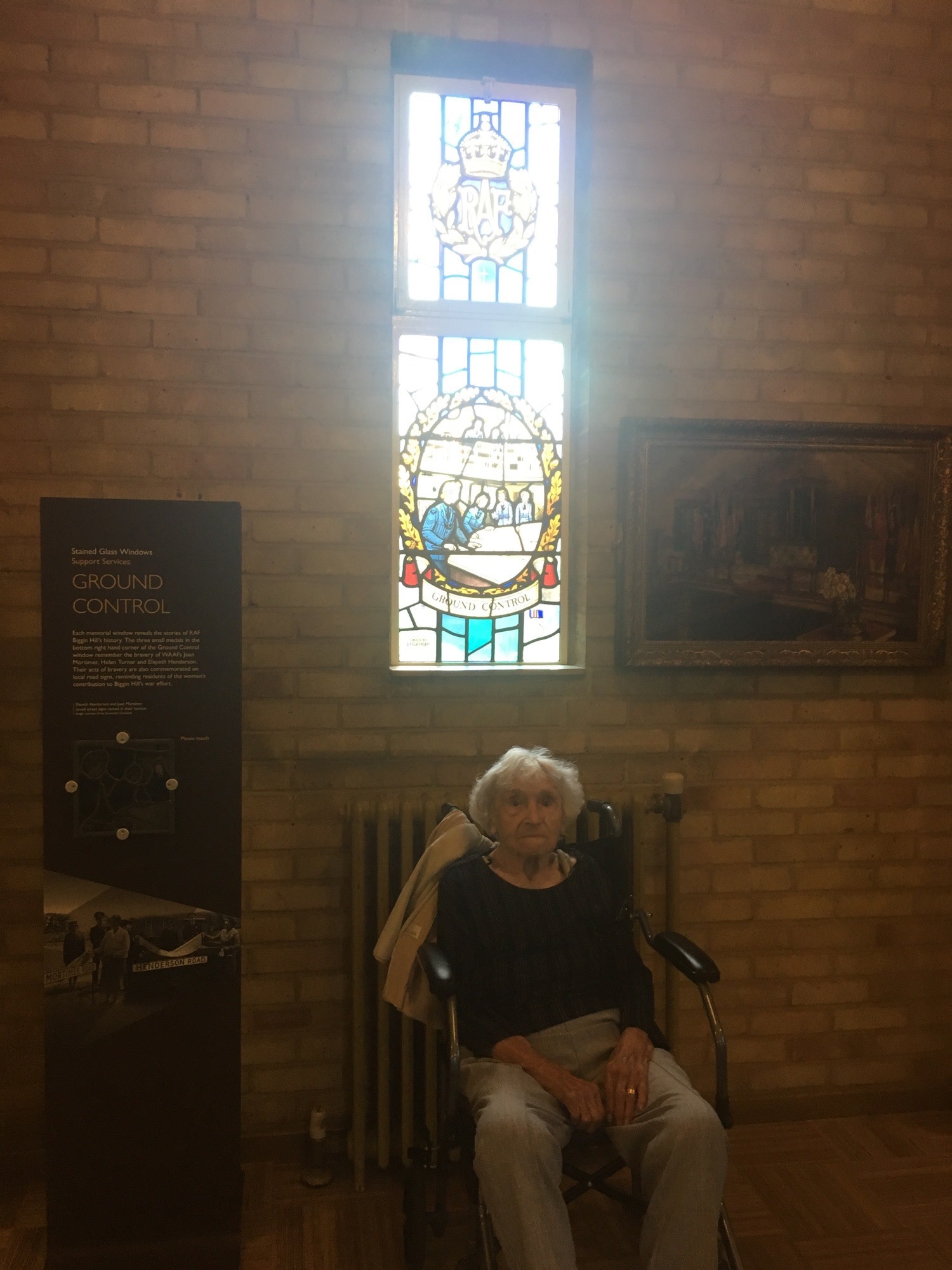