Remembrance Day is observed annually in the UK to remember those who have lost their lives in active service in all conflicts since the First World War as well as remembering all who those have served and their families.

The red poppy is used to represent all those who sacrificed their lives in the First World War and all conflicts that followed. It is a symbol that represents remembrance and hope for a peaceful future; “Wearing one is a show of support for the service and sacrifice of our Armed Forces, veterans and their families”.  (Royal British Legion)

Red poppies are traditionally worn during Armistice Day but do you know what it really means and how to wear a poppy? The following is a brief guide on poppy etiquette:

Why do we have red poppies?
The Poppy Appeal was first launched in 1921 to help remember those who fought in the war.

The poppy was chosen because they grew in the fields of northern France and Belgium – where some of the First World War’s bloodiest battles took place.

The Royal British Legion, which started the Poppy Appeal, gives the money raised to servicemen and women who are still alive and whose lives have been changed by war.

How I can avoid buying fake poppies?
Buy your poppies from the official Royal British Legion site or its dedicated Amazon and eBay pages. Only the Legion’s corporate partners are authorised to sell poppy merchandise.

What makes a Scottish poppy?
In Scotland, the poppies are curled and have four petals with no leaf.

What’s the meaning of black poppies?
The black poppy is most commonly associated with the remembrance of black, African, and Caribbean contributions to the war effort. The initiative, titled “Black Poppy Rose”, was launched in 2010 and aims to make the black poppy a nationwide symbol of remembrance.

What’s the meaning of purple poppies?
The less common purple poppies remember the animals killed in war. It’s estimated that eight million horses and donkeys died in WWI. The purple poppy was replaced with a purple paw badge in 2015.

Are the Poppy Appeal’s poppies environmentally friendly?
The Poppies are environmentally friendly and all of the parts are either biodegradable or able to be recycled locally. The petals and leaf are made of paper and the stem and centre of recyclable plastic. Work continues at Aylesford to produce both a stem and centre that are biodegradable along with the other parts of the poppy. 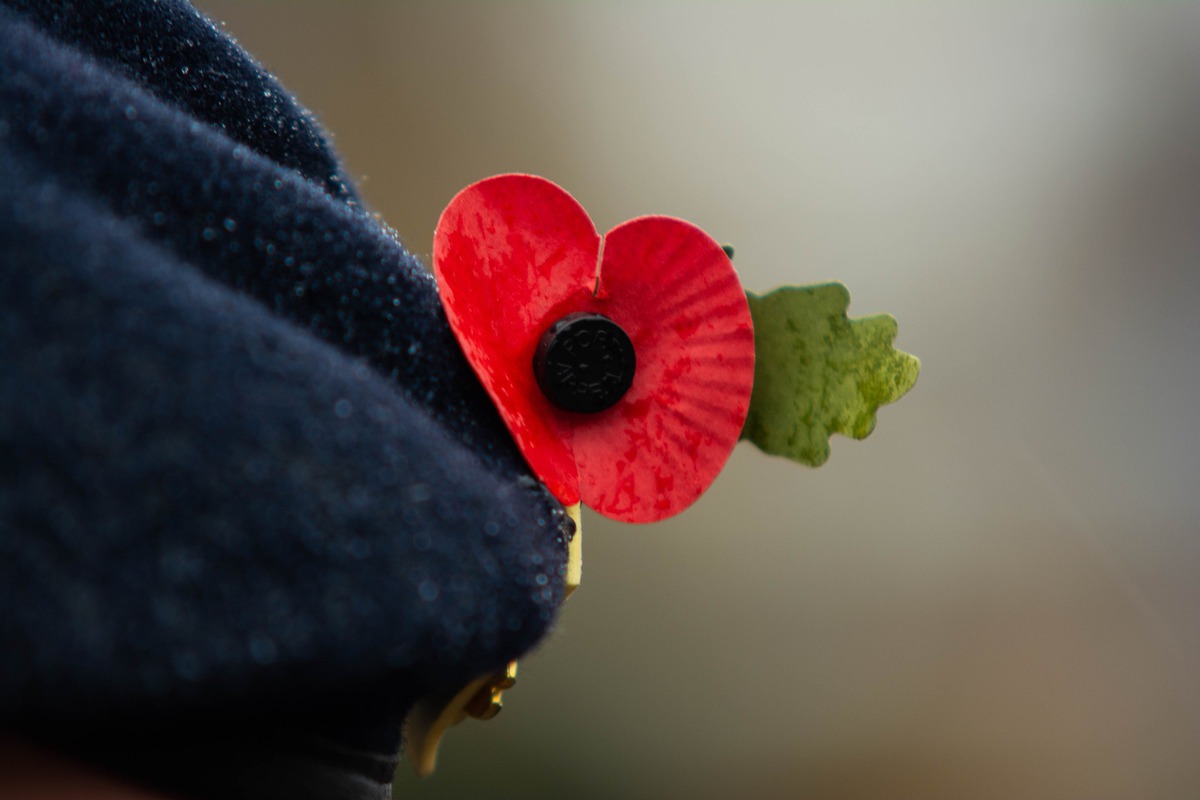