We were delighted to welcome members of the Barwell family to the Biggin Hill Memorial Museum today.  Group Captain Philip ‘Dickie’ Barwell became CO at Biggin Hill in June 1941 and served here until his death on 1st July 1942, when his plane was mistakenly shot down by a Spitfire. Pictured are Dickie’s son Richard (left) and his nephew, Peter Alec Barwell Johnson, who is holding a picture of Dickie taken in 1928. 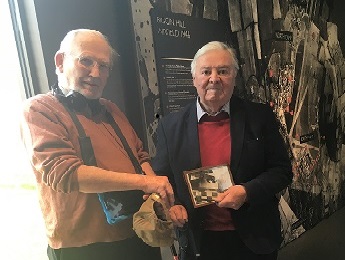