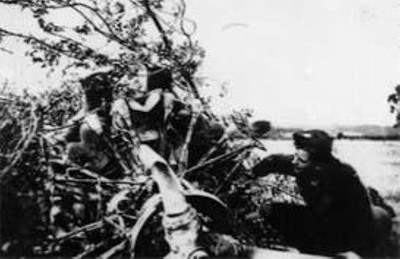 About this objectOn the morning of 18th August 1940 50 Dornier bombers carried out a large raid on the airfield at Kenley. One of the bombers, a Dornier 17 of 9/KG76K, was intercepted on its return by Spitfires of 111 Squadron. The German plane crashed in a field at Leaves Green, not far from Biggin Hill airfield, after being bought down by Sergeant William Dymond. The five members of the bomber's crew survived the crash and were all taken into captivity.

Just recently the Home Guard had been instigated and the claim was made that men from the 4th Platoon, F Company, Kent Home Guard had been responsible for shooting down the bomber. It was good publicity for the recently formed Home Guard but was hardly feasable for several reasons. Firstly not all Home Guard members were armed with rifles at this time and secondly it would have been almost impossible to bring down an aircraft with just rifle fire from the ground. Subsequently is was confirmed by the Luftwaffe pilot, Oberleutnant Rudolf Lamberty, that the action of the Spitfire had brought the Dornier down.

This photograph shows an RAF officer inspecting one of the engines from the crashed Dornier.

In September 1980 RAF Biggin Hill gathered together a collection of photographs from museums, commercial and private individuals to mount an exhibition to celebrate the 40th Anniversary of the Battle of Britain. The collection was passed on to Bob Ogley when the RAF withdrew from Biggin Hill.

This photograph is part of the Bob Ogley Photograph Collection.